This year was my third year at northsec and it was also my best year. My team was “skiddies as a service” and we placed 4th this year at 125 points. I personally participated in many challenges and scored 23 points.

The first challenge I picked up was called “Dreamcast Japanese Imports”. It started with four files:

The cdi images were roms that could be run on an emulator. Running them led to the following: 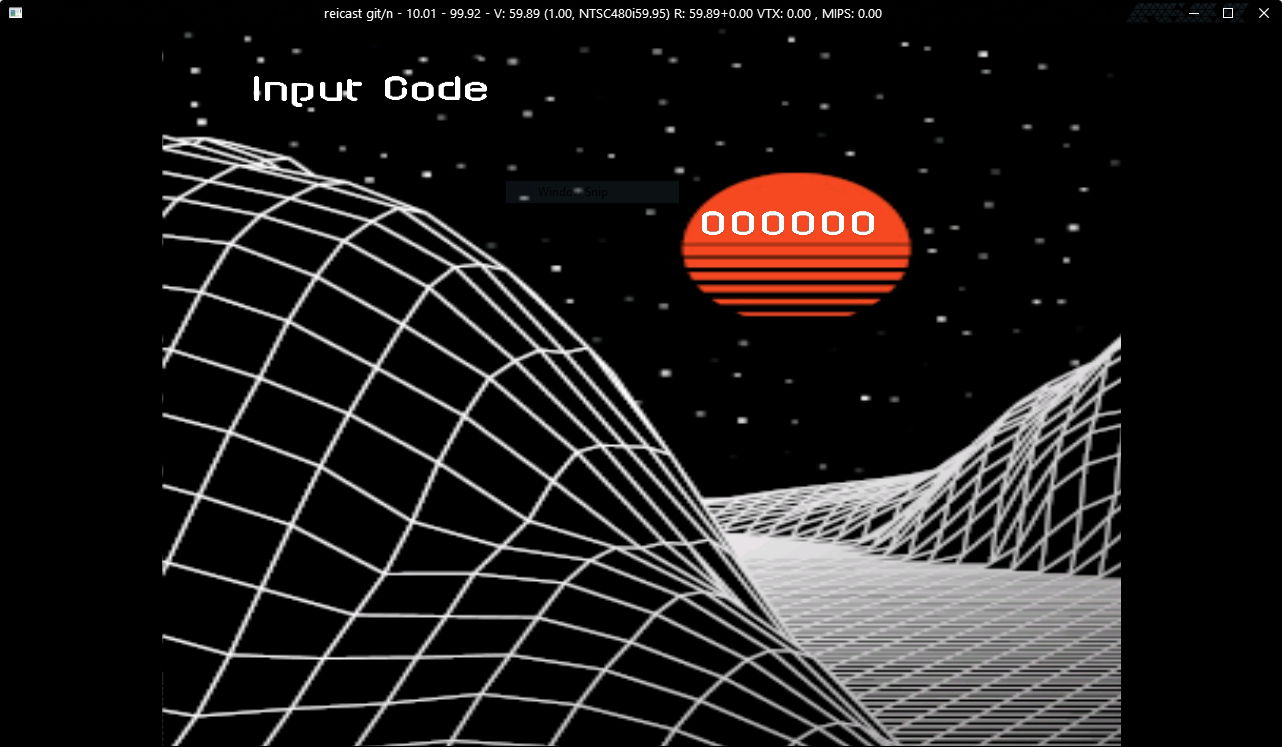 If an invalid code was entered, the following would display: 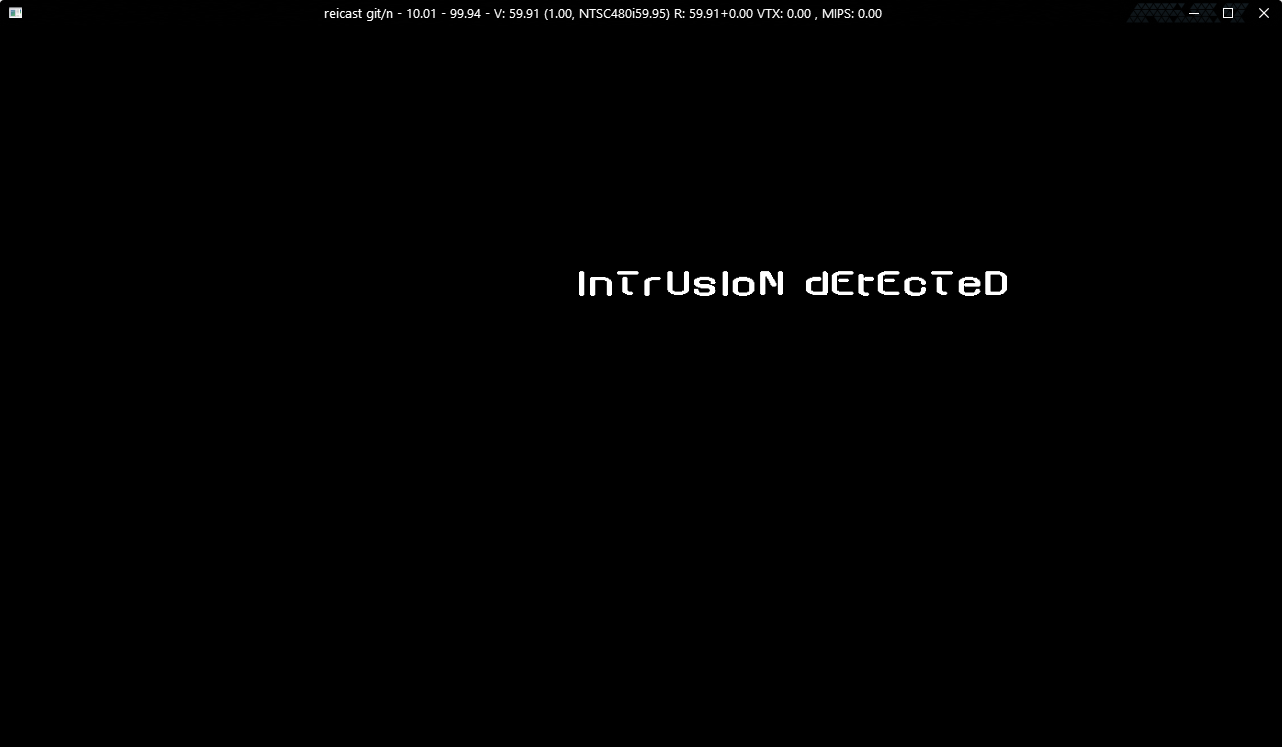 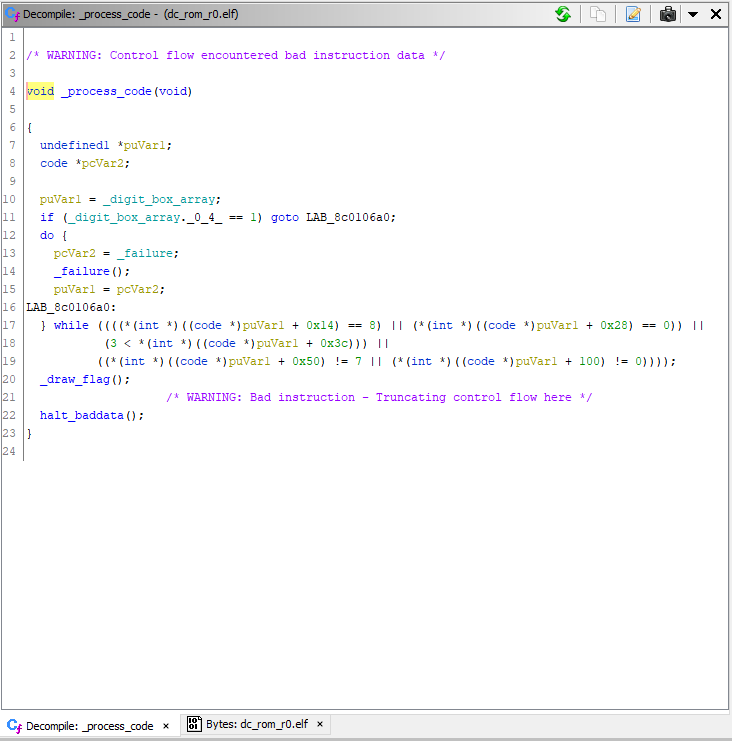 At first I thought the goal was to reverse the code from the function and I tried but I couldn’t find it so what I did was looked at what bytes would change if I patched the “mov.l ->_failure,r1” to “mov.l ->_draw_flag,r1”. I copied the address of “_draw_flag” and pasted it into the first mov.l instruction. the bytes at offset 0x01068A changed from “10 D1” to “11 D1”. 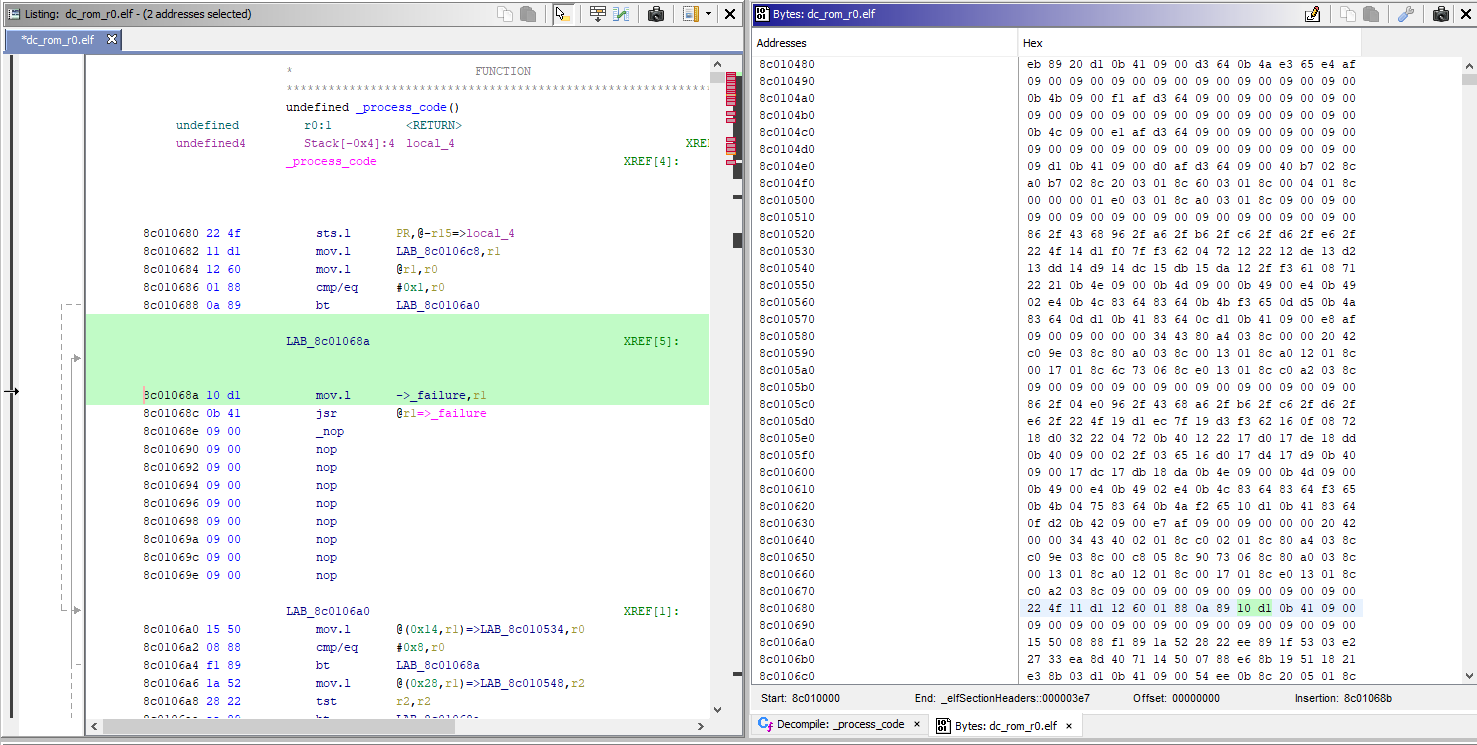 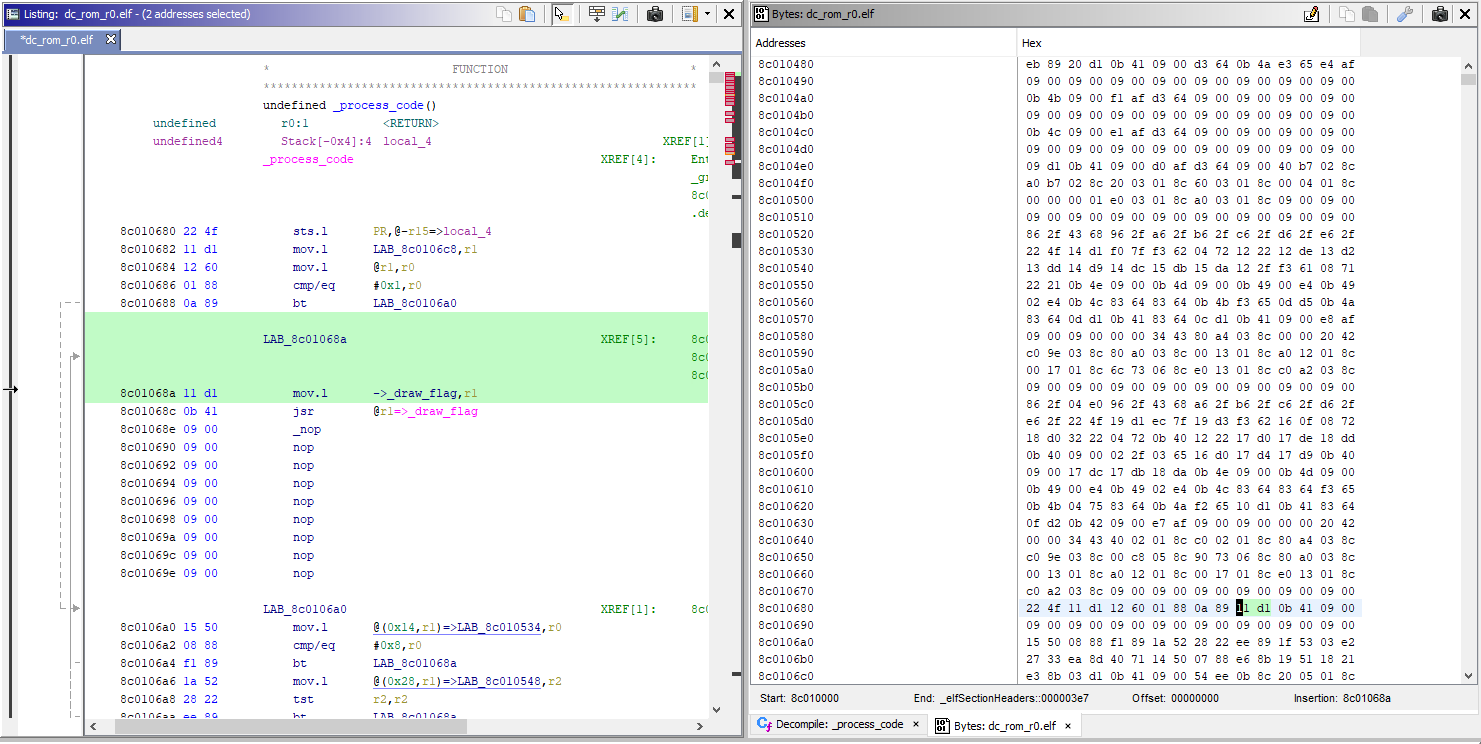 Next came the challenge of applying the patch to the cdi file. I first tried to put the cdi into ghidra but after some research, I found out that dreamcast images are scrambled on the cd images (Probably to help with loading/seeking times). So with that idea out of the window I loaded up my favorite hex editor, 010editor (Thanks @Jax), and opened the cdi file. I looked for the pattern “0A 89 10 D1 0B” which are the mov instruction and the bytes around it. I then changed the 10 to 11 and saved the file. I booted up the rom and pressed start to accept the 000000 code. And I was greeted with this: 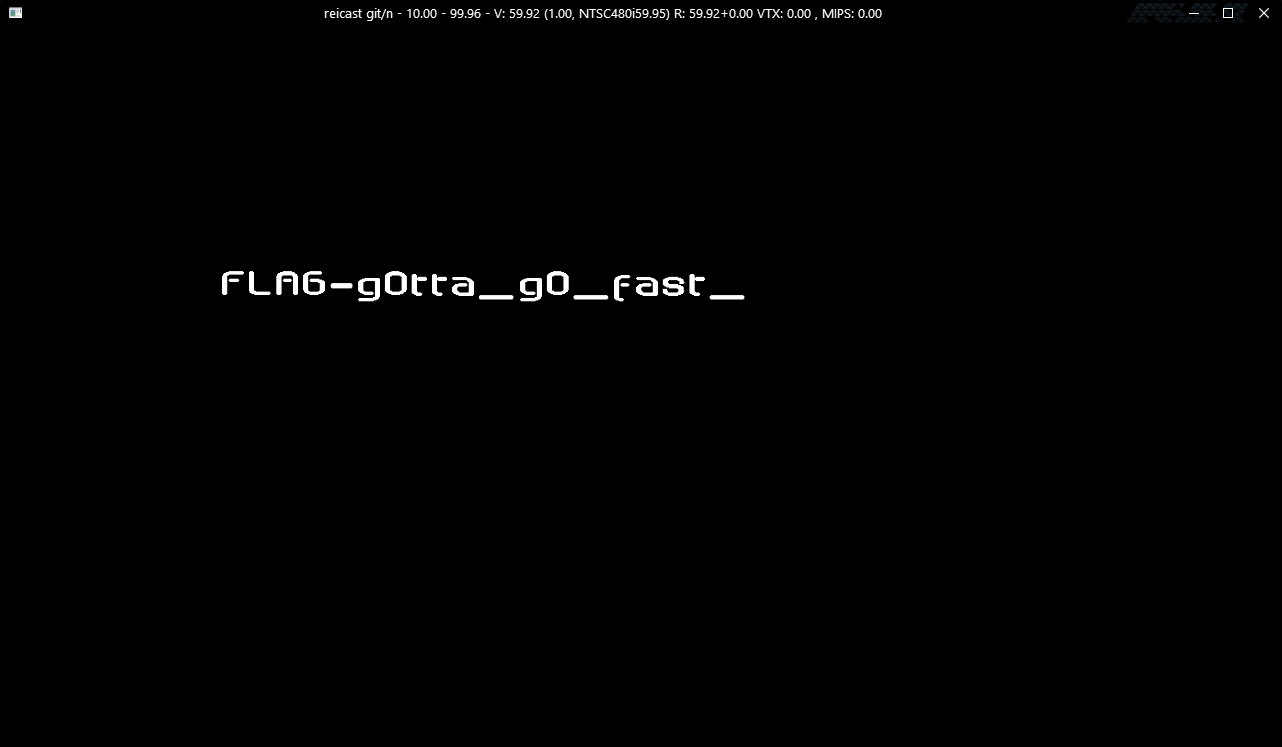 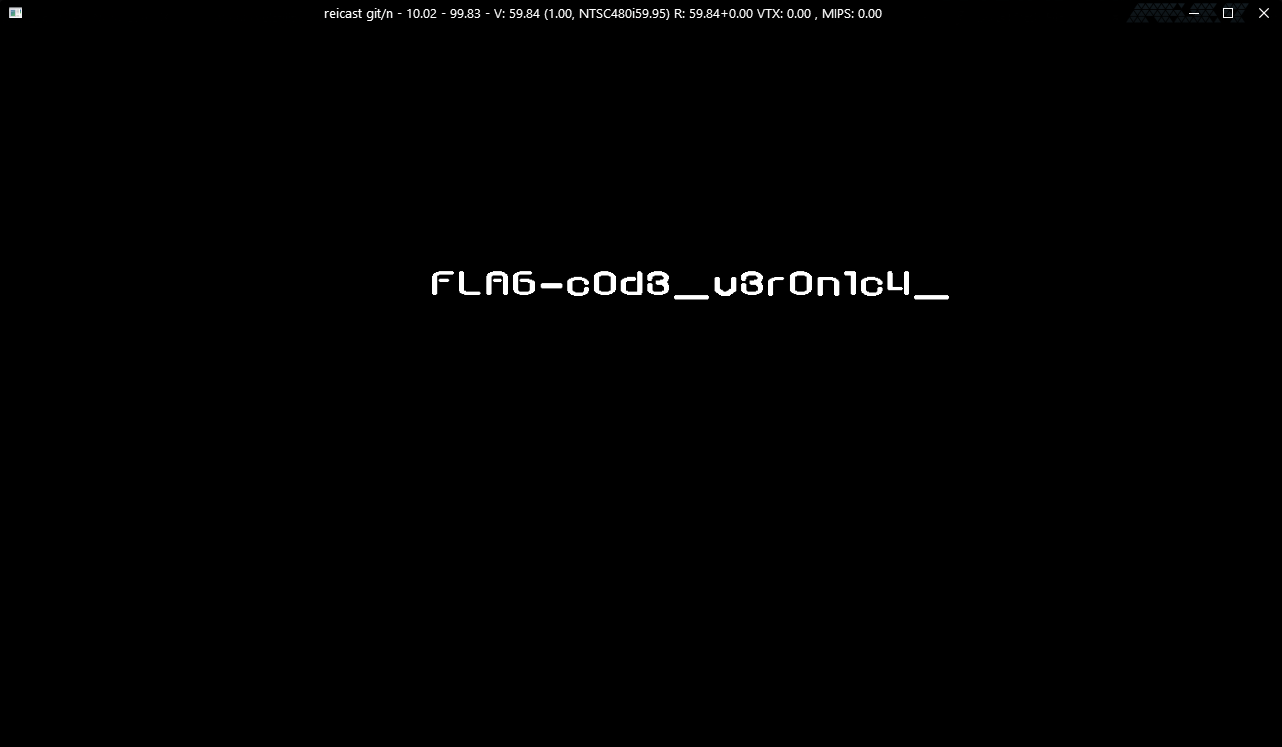 That is how I completed the dreamcast challenge. I enjoyed it quite a bit as it was the first time I worked with roms and an emulator. Thank you to @vincelesal for the wonderful challenge.